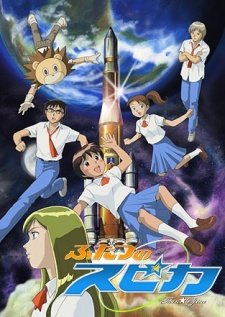 Смотреть онлайн
Описание
When Kamogawa Asumi was just a baby, her mother was grievously injured when a rocket crashed to the ground. Five years later, having been in a coma all the time, Asumi's mother finally dies, and the little girl struggles to come to terms with the death of a mother she barely remembers. In the midst of her turmoil, she meets "Lion-san," a strange figure wearing a lion mask and claiming to be a ghost. Lion-san helps Asumi to bury her mother's ashes, and finally, Asumi reaches her own decision: "When I grow up, I'm going to be a rocket pilot."
ANN
развернуть...
Похожее